How much brighter is everyone’s outlook after back-to-back victories?

Old gold confidence is higher than it’s been for a while as we approach 2016 closer to the play-offs than the relegation zone.

In what may hopefully be a metaphor for the season, a largely forgettable first 45 minutes was followed by a much improved second half with Wolves running out comfortable victors.

On a sunny winter’s afternoon in South London there were more than just the unseasonable conditions for a sizable travelling support to enjoy.

At the back, Wolves built on a clean-sheet at Reading with another solid performance.

Carl Ikeme will certainly have busier afternoons this season, and if Batth and Ebanks-Landell continue to cut out the defensive errors, any January recruits might find it more difficult to break into the starting XI than would have been predicted only a few weeks back. 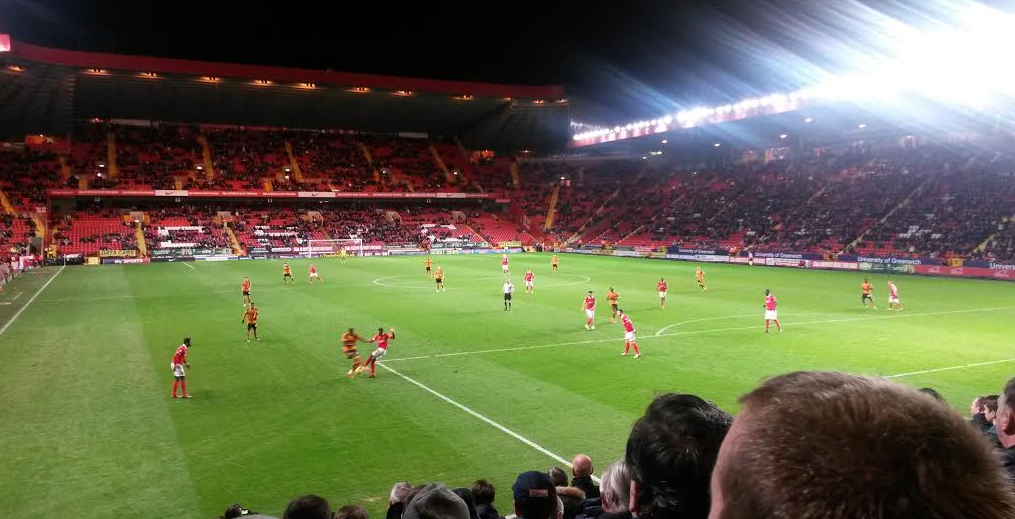 Much of the credit for this must go to the industrious Connor Coady who completed a second full 90 minutes in three days yet never stopped running.

What was most impressive was as well as providing the expected defensive cover, his lung-busting runs often saw him supporting Afobe as the most advanced of the central midfield trio.

After an impressive start to his Wolves’ career, his form seemed to desert after that sending off against Brighton. Continuing to perform at this level for the remainder of the season would do nicely.

It seems impossible to review any game at present without praising Jordan Graham, and today was no exception.

As well as providing yet another assist, the winger remained composed to score his first Wolves goal after good work from Afobe on the right. Hopefully the first of many to come.

Looking out over the numerous tower cranes and construction works as the overground service transported us back north of the river, you couldn’t help hope (dangerous thing for a Wolves fan) we too can build on some encouraging foundations.