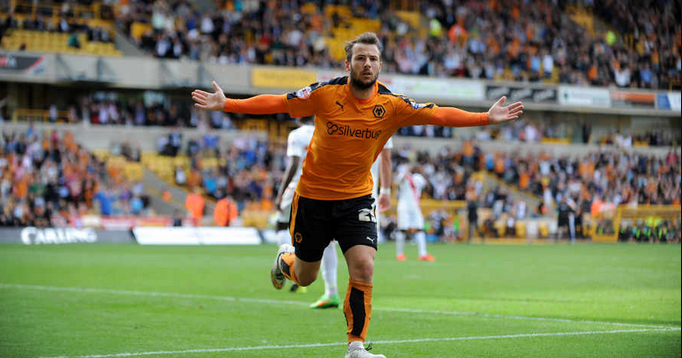 But our spirited fight back against a well organised Charlton side was crucial after consecutive league defeats and the goings on behind the scenes.

And whilst it’s unlikely to evaporate the discontent felt by most supporters about the imminent loss of Richard Stearman, it was nice to see signs of life after our feeble outing at Cardiff.

James Henry had one of his better games on the left side of midfield while Kortney Hause and Ethan Ebanks-Landell also looked pleasingly dependable at the heart of defence, offering hope for the immediate future.

Nouha Dicko’s injury is a major setback and it’s worrying to think of a Wolves team deprived of his services. Few centre forwards can stretch a backline as well as our number nine can and it’s crucial that Kenny Jackett is allowed to re-enter the transfer market to cover for what looks like a lengthy absence.

Carl Ikeme’s early season woes continued as he came unstuck by a relatively straightforward attempt by Johann Berg Gudmundsson. The big man’s kicking was also dire and the psychological impact of his demotion to the bench is beginning to look worryingly obvious.

Performance wise, we can have few complaints. But any feelgood factor brought about by this victory is tempered by the baffling news of Richard Stearman’s sale to Fulham.

For a club that allegedly has ambitions to return to the Premier League, it seems strange to sell your reigning player of the season to a side to a rival.

Kenny Jackett may describe this as a ‘footballing decision’ but it’s becoming more and more apparent that Steve Morgan’s influence at Molineux stretches well beyond the boardroom.

The club’s insistence that they won’t sell Benik Afobe is now beginning to look uncreditable. If they’re willing to take £2 million for one of the best defenders in the division, can we really trust them to turn their noses up at a big money offer for one of its best strikers?

After the futile assurances that we would spend big to replace Bakary Sako, Morgan and Moxey are at real risk of undoing the good work of the last two years and transforming us into a team whose tendency is to look down the league table rather than up it.

The next three days are crucial and I’ll be crossing my fingers for better news, albeit more in hope than expectation.