You never know what to expect from a midweek trip to Molineux. 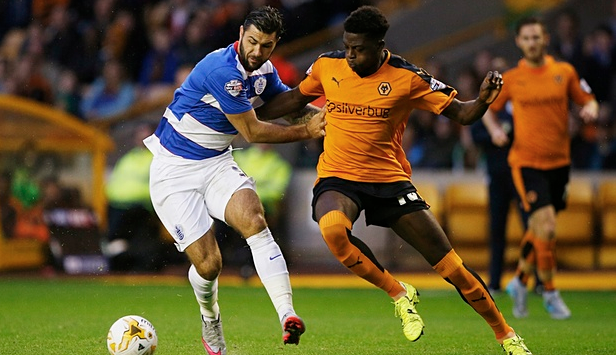 Last season the memory of a similarly disappointing 3-1 defeat to Huddersfield was later exorcised by rousing 3-0 victories over Fulham and Sheffield Wednesday.

QPR were always likely to be an unknown quantity. Despite being in the midst of a post-relegation transitional period, their side still contained Premier League caliber talent.

But you couldn’t ask for a better start and it was particularly pleasing to see Benik Afobe bag a goal in front of the South Bank after the fevered speculation surrounding Norwich City’s apparent interest.

QPR didn’t look capable of handling us, with their midfield struggling in much the same vein as Hull’s did in the early throes of Sunday’s game.

They soon benefited, however, from the lackadaisical approach Wolves are prone to taking after going ahead early.

First Dominic Iorfa failed to get tight to Phillips and his cross landed plum on the bonce of Charlie Austin – 2-1.

Golbourne was similarly lax after the break, allowing Phillips to cut in and take a speculative shot at Martinez who bizarrely palmed the ball into the net to level things up.

More weak defending allowed the visitors to take the lead, this time Hause allowing his pocket to be picked by Austin for Phillips to once again benefit from Martinez’s comedy keeping.

Kenny has made few mistakes since taking the reins at Molineux but I fear he’s created a rod for his own back by dropping the tried and tested Ikeme so early in the season.

Mistakes are to be expected from a team as young  but it’s hard to see us breaking into the top six if they become a theme, especially given the level of investment that has been made by some of our nearest competitors.

If you’re going to lose games in this fashion, lose them in the early stages of the season, learn the lessons and go again.

An away fixture at Cardiff is a real test of our mettle and the response may tell us more than this hugely disappointing night ever could.