You might not think it, but there were a couple of positives to take out of this mundane encounter. 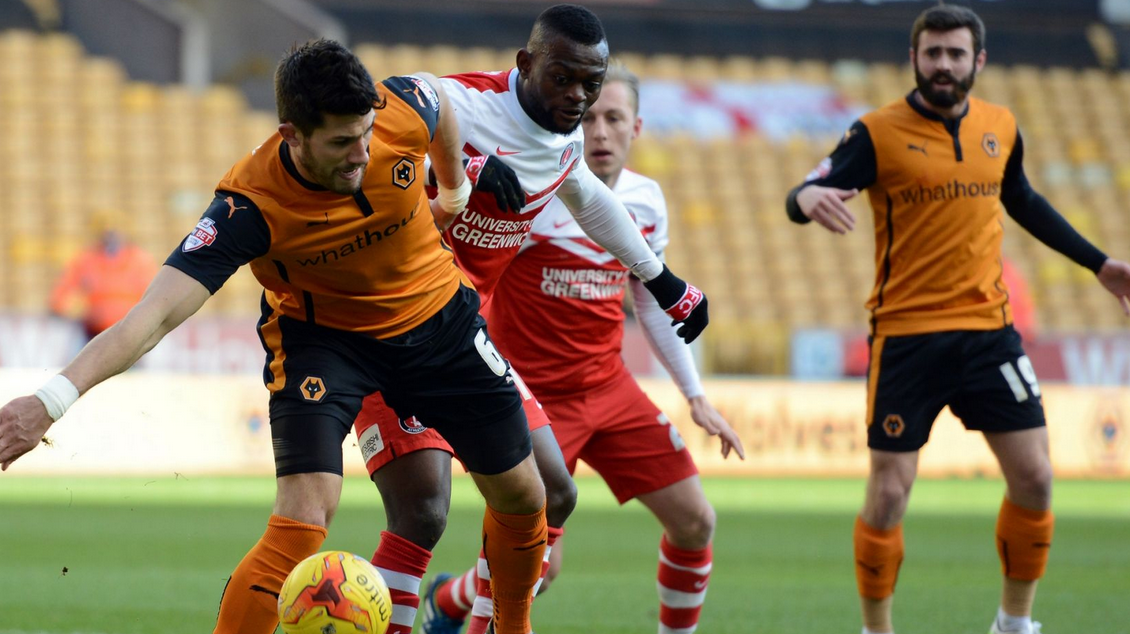 Namely a third consecutive cleansheet and a seventh notch added to the undefeated streak.

Now up to seventh, the gap between ourselves and the play-off places may have increased to three points, but only six separate Wolves from the top two. It’s all up for grabs.

Yesterday may have seemed a missed opportunity, but the reality is, it could have been much worse.

Having been slapped five nil at Watford last weekend, their objectives were clear from the first whistle – contain and destroy.

Faultless would be a fair description of the visitor’s defensive display. Clueless sums up Wolves’ attempts to break the resistance.

On the rare occasion the force field was breached the delivery wasn’t up to scratch and there were seldom enough bodies in the box.

In fact, for all Wolves huff and puff, the only real chances of note fell to the Addicks, as they picked off their increasingly desperate and shapeless diazepamhome.com hosts on the break.

Carl Ikeme made a couple of important saves, whilst each individual member of the back four were forced into desperate interventions.

Kenny Jackett attempted to conjure victory with an identikit solution to the previous Saturday, bringing on another forward and shifting Dave Edwards to the left.

On this occasion, it didn’t work – even with Scott Golbourne pushing forward – and robbed Wolves of width.

Rajiv van La Parra was the only effective outlet and despite some neat trickery and the odd burst of pace, his efforts failed to prise open the gates.

Over in Africa, Bakary Sako scored the type of goal for Mali that reminded us why he’s so important to the Wolves cause.

If he was to leave this month, to Albion (can’t see that one happening) or anyone else, our immediate prospects would be significantly hampered.

We can only hope that the player will wait to cash in his chips at the end of the season and the Molineux hierarchy show the same defiant resistance that Charlton so admirably demonstrated yesterday.