You are here: Home / Blog / Castillo The Cast-Off

Everton supporter Richard has kindly sent in a late contribution for the preview. He makes some interesting points and I’m keen to hear what you all think.

Anyway, over to Richard:

So Wolves are back in the ‘big-time’ and ready for another shot at staying where the money men dictate who wins what.

I welcome the return of a traditional and well supported club back to England’s top tier, but doubt whether the stay will be long. 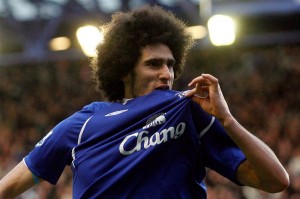 Mick McCarthy needs to learn from two of the promoted clubs last year to keep his job and keep Wolves in the Premiership.

Stoke City showed how to do it, while West Brom simply let themselves get relegated, resigned to their fate before Christmas.

That thought leads on to this weekend’s clash at Goodison Park and the probably return of Segundo Castillo, the Ecuador midfielder ‘enforcer’, to the ground where he was used primarily as a bench warmer.

Castillo was an enigma last season, while he scored a brilliant goal in the UEFA Cup and producing a solid performance in one of the FA Cup games against Liverpool, his main role was to make other players look better.

If Wolves want to remain in the Premiership they can’t rely on the likes of Castillo to play an integral part.

Apart from Karl Henry, Michael Kightly and Sylvain Ebanks-Blake, I can’t think of another Wolves’ player I would want in our squad; though I’m not sure any would get in the starting XI.

Home form is vital so any points you can nick away from home will only boost the chances of avoiding relegation.

This season has seen contrasting form for both sides. We started off poorly again, though without our best striker, midfielder and defender, and the Lescott saga, it wasn’t such a shock.

Imagine Liverpool without Torres, Gerrard and Carragher? Exactly, and that’s what we’ve had to cope with – no Yakubu, Arteta or Jagielka. All Evertonians will savour the moment we see the three of them in the starting XI.

The trio will again be absent again this weekend, with Yakubu probably appearing from the bench.

To get £24m for him, pay £5m for Distin and also get Heitinga and Bilyaletdinov with money left over, now looks like a piece of genius from David Moyes.

Wolves have had a rollercoaster start to the season but need to settle down and concentrate on solid defending and nicking 1-0 wins, mainly at home.

Form suggests a 2-0 home win and I can’t think of anything other than that score. That said I hate predicting us for a ‘simple’ home win and may well live to regret it.

Finally, can someone explain why you insist on singing the Hi Ho Wolverhampton just before kick-off?

It doesn’t do the club or the fans justice, and is quite frankly one of the most cringeworthy things I’ve ever heard or seen at a football ground in 30 years of watching.

See you on Saturday. I’ll be the one with the Fellaini wig…