You are here: Home / Blog / Everton Vs Wolves Preview

After two of the most boring and uneventful weeks in recent Molineux history, Wolves return to action this Saturday with a difficult game at Goodison Park.

Following the morale-crushing defeat to Portsmouth, you’d like to believe the boys in old gold will at the very least produce a performance.

And there’s evidence to suggest they will. 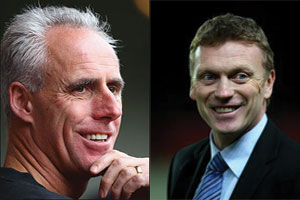 Scrutinising our progress thus far, you’d have to say that bouncing back is something we do quite well. Following the deflating opening day defeat to West Ham, we came out fighting at Wigan. Blackburn away was perhaps the worst performance of the campaign, yet we were able to quickly turn it around to overcome Fulham. This gives me hope that Wolves can get it right against the Toffees and maybe even dig out an unlikely result.

It’s a daunting task though.

Everton can give anyone a game when they’re on song and particularly at home, they’re a force to be reckoned with.

It worries me how well some of their midfielders break forward and I can definitely foresee the likes of Cahill, Osman and Pienaar causing us problems come Saturday. Ironically, if Wolves are to get a result, it might just be a former Everton player that throws a spanner in the works of their chief creators. I’m of course talking about Segundo Castillo. The Ecuadorian wrecking ball must play in my opinion to anchor our midfield and provide a shield in front of a leaky defence.

Up front, they’re certainly not lacking. Louis Saha is a striker of genuine quality and fully fit, must be considered their biggest threat. They’ve also got the imperious Yakubo finding his way back to full fitness and when he turns up, he’s practically unplayable. So whether Moyes adopts a 4-5-1 or a 4-4-2, I think our defence will need to put on their best performance so far in order to keep them out.

At the back though, I feel we might be able to expose one or two frailties. You can’t lose a player like Lescott and have a player like Jagielka sitting on the sidelines and not suffer. Even if we only deploy a lone striker, surely a couple of chances will fall our way and the end result might well come down to whether or not we take them.

I’m fully expecting Mick to flood the midfield as he did against Wigan and hope to grind out a result. This makes sense and with both our wingers fit, a 4-5-1 doesn’t necessarily equate to a defensive formation. But speaking of defence, could the much talked about Ronald Zubar finally be given his chance and if so, who is going to make way? Here’s my predicted lineup:

Should Mick go for a two man attack, I’d expect Ebanks-Blake to be given a chance, perhaps at the expense of Edwards in midfield. But again, picking an eleven is pretty difficult, especially after such an indifferent display against Pompey. So really, your guess is as good as mine.

As far as a predicted scoreline goes, my heart says 1-1 but my head says 3-1 Everton. I’ll go with the latter but just hope that the boys come out fighting and surprise me with the result.

If you’re going to the match, have a great time and roar the lads on.

Here’s a mini-preview from an Everton fan, sent to me via the BBC 606 Message Board:

It’s great to see Wolves and Burnley back in the top flight. I’m hoping that both can survive. It’s always nice to see a mix up in the PL!

I can’t see a victory for Wolves. It may appear arrogant, but on paper we have far too much quality.

You may, depending on our performance sneak a draw but with the international break giving some of our team a rest and with the determination of our squad I fear for you.

We’ll pack the midfield and are learning to use the wings. Billy (our new russian) is showing glimmers of pure brilliance and his corners/crosses are almost pinpoint. With the likes of Cahill, Saha & Fellaini to target with such balls I can see us scoring more goals from open play this season.

Needless to add the quality of Saha upfront. Who, I would say is in the form of his life!

Our defence is getting stronger each week and Howard is in the form of his life so scoring against us won’t be easy. Distin & Yobo are partnering well, leaving the choice of Heitinga/Neil/Hibbert to cover RB.

The key to this battle will be the middle. From what i’ve seen of Wolves, they lack a bit of pace in the middle and that little bit of grit. If they let us play the flanks then they could be in trouble. If they block out the midfield and limit us to our ‘hoofball’ approach then I can see a draw.