You are here: Home / Blog / Wolves Vs Man City Preview

The most interesting thing about this game probably won’t be the result, but how Wolves approach the challenge.

In the League Cup tie at the Etihad last season, they defended the width of their penalty area, rode their luck then probably should have won with the string of clear chances squandered on the break, mainly by Bright Enobakhare.

There was a strange dynamic to that game as City fielded something close to their first team and Wolves rested nearly all their best players, making the goalless scoreline all the more remarkable.

As Premier League equals (in status alone) on their own ground, you would expect Nuno to show more adventure in general play, but the same levels of focus and discipline will be required, particularly out of possession.

Prior to last season I thought it was impossible for any team to command the top flight in the style of Fergie’s Utd or (more fleetingly) Wenger’s Arsenal and Mourinho’s Chelsea.

But 32 wins from 38 Premier League games, just 2 defeats, 100 points and 106 goals is domination like we’ve never seen before.

Yes, it’s the greatest coach in the world armed with all the money but it’s still remarkable just how much better than everyone else they’ve been over the last 12 months in such a competitive environment.

Huddersfield were mauled last time out and the 6-1 scoreline probably flattered them, given that City had 77% possession and 32 shots on goal. Sterling, Sane, Walker and record signing Riyad Mahrez weren’t in the starting XI and Kevin De Bruyne didn’t feature at all.

The Belgian midfielder is out for a few months injured but you sense that City can cope easily even without one of the best players in world football. 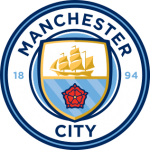 Thanks to Reeves Guyton from Man City site Bitter & Blue for answering my questions and offering the following perspective ahead of the weekend’s game.

1. It’s still early days but Man City are looking even more imperious than last season. Do you feel like anyone can get close to you in the league?

Obviously I’m biased, but I don’t think it will be particularly close. I do think it will be closer than last season though. Manchester City improved over the summer but other squads have too, Liverpool being the obvious example. City won’t go on a magical run like last year but it won’t necessarily be their fault. All Premier League managers watched City lose to Liverpool last year, which showed how Pep’s possession football can be exposed. I think many clubs will try to replicate it this year. Only a few have the talent to replicate the game plan though which is why I think City still win the league comfortably.

2. Riyad Mahrez was the only major summer signing. Were you happy with his capture and do you think the club were right not to do more business?

I have been vocal about not spending a lot of money and focusing more of our money into wages so I think the club was right in not doing much business. City were looking for a holding midfielder to add depth behind Fernandinho but the money didn’t line up unfortunately. Mahrez fills City’s desperate need for a third winger as Bernardo Silva was out of position last year fulfilling that role. He’s played well in his appearances so far for City but hopefully gets even more playing time and can recapture his form from his POTY campaign.

3. Speaking of transfers, you’ve been tentatively linked with a move for our star man Ruben Neves. Do you think City could benefit from another holding midfielder?

City could certainly benefit from another holding midfielder, especially a young one like Neves. I don’t see it happening for a couple of reasons though. First, I think Wolves will ask for a higher price than City is willing to pay. He was already bought by Wolves for £15 million and his performances in the Championship coupled with his age will skyrocket the price to over double £15 million. Another reason I don’t see it happening is his agent or Wolves trying to block it. Not necessarily because of money but because of playing time. It would benefit Neves to stay at Wolves and start for the majority of the season and then transfer next summer. His price would get even higher and he would get more experience in a top league which he would need.

4. City look so strong all over the pitch and after the battering handed out to Huddersfield, it’s hard not to feel intimidated. How do you think Wolves should setup to try avoid a similar fate and maybe even sneak a result?

I said it earlier and it’s usually my answer to this question: Copy Liverpool. Liverpool handed City 3 devastating losses last year and in each loss they used the same tactics. Pressure, Pressure, Pressure! They pressured almost as well as Pep’s teams usually do and it caused City to lose the ball a lot. If Wolves want to draw or win, they must pressure City, especially with their forwards.

5. What do you make of Wolves? Do you think they have what it takes to make a lasting impression on the Premier League?

I think they’re a great team. They dominated the Championship last year and played the most exciting football in the league. They have a wonderful attack but unfortunately I think their lack of top flight experience will ultimately hinder them. I still think they will finish around mid table but it’s possible they could finish in the top 6/8.

6. Finally, what’s your prediction for the game?

Given the unique nature of the challenge I wonder if Nuno has some tactical change up his sleeve or whether he’ll just believe the same group that performed so well in the early parts of the Leicester game can do so again? 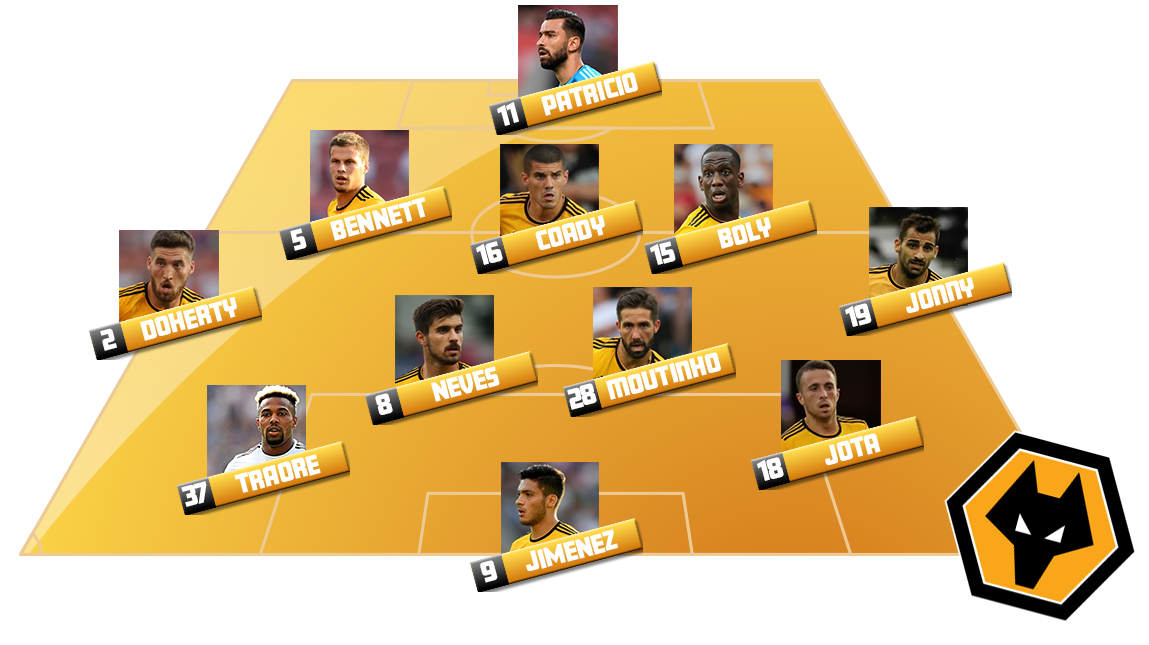 I do think Traore will start after impressing in the second half at the King Power. Our attack has lacked a direct threat in the two games thus far with Costa and Jota struggling to really impose themselves.

Still not sure how close to selection Dendoncker is but if he’s fit and ready, he could come into the team. Similarly Romain Saiss might be used if Nuno wants to adjust the shape or feels more physicality in the middle of the park is required.

Well done to Ash K, PeteRobbo, Shready and the Brierley Bonkers who are setting the pace at the top of the Prediction League with 5 points from 2 matches.

You can view the full standings as of the end of Gameweek 2 here.

As always, you can read my prediction for the game in the comment section below.